Overcoming supply chain challenges to get the job done. 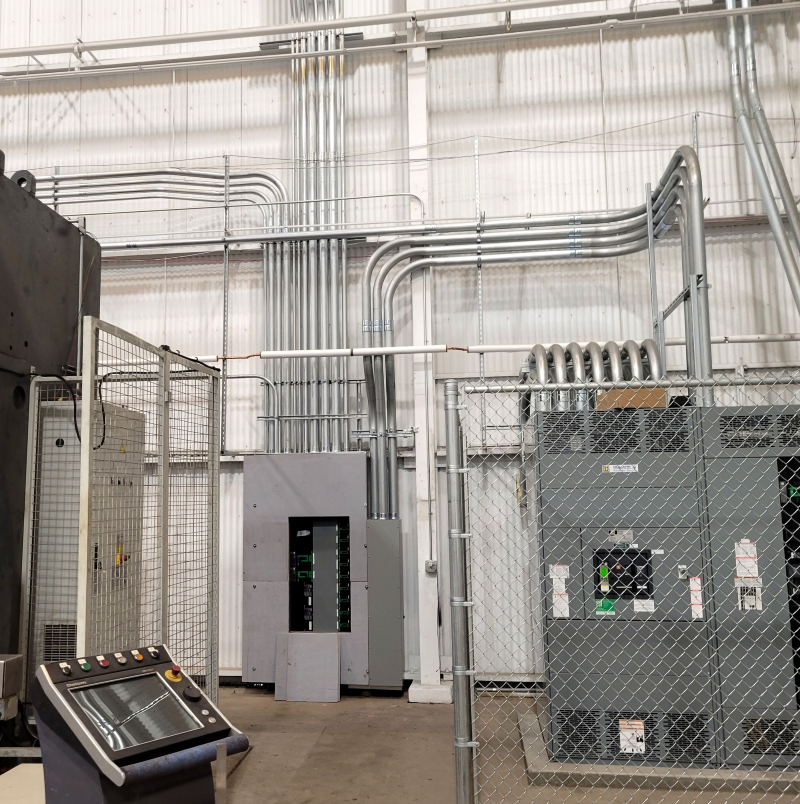 Sandvik is a global leading supplier of equipment and tools, service and technical solutions for the mining and construction industries, producing products and solutions for mining and rock excavation, rock processing and metal cutting.

When Sandvik, the world’s leading manufacturer of hydraulic hammers and attachments, decided to move its Cleveland manufacturing operations across town to accommodate large-scale expansion plans, it turned to Harrington Electric as its electrical contractor.

The design-build project began with Sandvik providing the Harrington team with specifications regarding locations and power requirements for existing and new equipment that would be installed in a 127,000 square-foot industrial plan on the city’s east side.

“This is a great company that manufactures and refurbishes massive jack hammers for mining equipment,

explained Jerry Strand, Harrington’s vice president of electrical construction. “So it was important to design plans to distribute ample power to the many welders, CNC machines, presses and other equipment being installed in that space.”

While the Harrington team laid roughly 15,000 feet of pipe and wiring at the facility, and installed distribution feeders that fed each individual piece of equipment, the job was no easy task. Supply chain challenges – which have plagued the industry for more than two years – forced the team to be flexible and improvise on a daily basis to accommodate various part delivery schedules.

“We utilized a wide range of resources to get parts such as distribution panels and breakers to arrive on a timely basis, and worked around delivery schedules to keep the project moving forward,” Strand explained. “And over the course of a six-month timeline, we were able to finish the job.”

Strand credits his team’s resourcefulness in successfully getting the job done. “We’ve got some very talented people who came to the site every day and put their respective skills together to make everything work,” he said. “They’re a resourceful, flexible and creative group of professionals.”

“With respect to the Sandvik project, we crushed it,” quipped Strand, alluding to the stone crushing product line sold by the company. “The customer was pretty impressed with our ability to navigate around supply chain limitations to get the project completed on time.”

“And in the end, Sandvik built what’s truly a world class production facility.”