Harrington Electric Co. has been an integral
part of the fabric of Cleveland, Ohio since

Here’s how we’ve grown over the past century.

n.  In its early years Harrington performed electrical work for many churches, schools, and libraries throughout Greater Cleveland. The company started at 3522 Fulton Rd and later moved to the Caxton Building in downtown Cleveland. 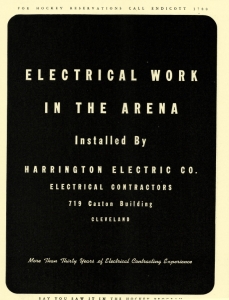 Harrington Electric Co. is awarded the Cleveland Arena project – which was the home of the Cleveland Barons hockey team. The Arena was the site of the Moondog Coronation Ball where Cleveland disc-jockey Alan Freed coined the term Rock and Roll.  [left photo] 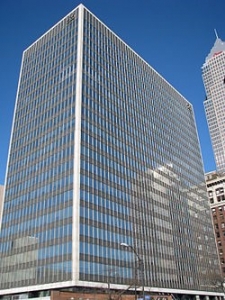 Mr. George P. Fuerst dies of a heart attack in the lobby of 55 Public Square near the time of its opening.  Mr. Fuerst’s two sons in the business, George Jr. and Albert Fuerst assume leadership after their father’s passing.

James B. Morgan, an electrician who has worked for the company since 1959, purchases Harrington from the Fuerst brothers.

Morgan’s sons Jim Jr. and Tom join the company.  Thomas A. Morgan, PE is currently the company Owner and President.  The company currently resides at 3800 Perkins Ave. in Midtown Cleveland. 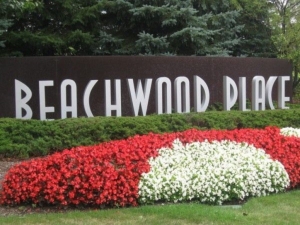 Harrington performs the electrical construction of Beachwood Place Mall on a design-build basis for owner-developer, The Rausch Company and construction manager, The Lathrop Company. [right] 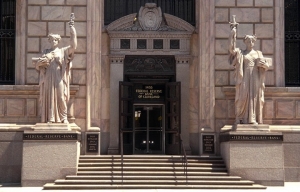 Harrington performs electrical & technology work for The Federal Reserve Bank of Cleveland. The project included a new annex building and renovation of the existing building.  [left] 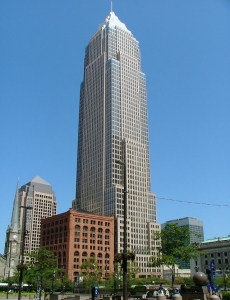 Harrington wires a total of 30 floors for Key Bank (20 floors in their new Key Tower and 10 floors of renovation in the historic Annex Building). Harrington acts as subcontractor to the Albert M. Higley Company.  [Right] 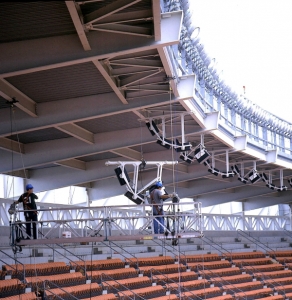 Harrington completes a 2-year addition and renovation project of Severance Hall – Home of the Cleveland Orchestra.

Harrington is honored with an exclusive invitation to join the Federated Electrical Contractors. FEC is a peer group of the most respected electrical contractors in the United States. 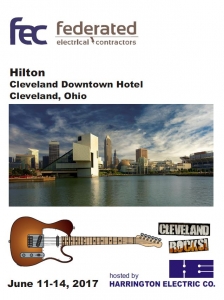 Harrington hosts the annual national meeting of the Federated Electrical Contractors in Cleveland.