A Project That Will Go Down In History 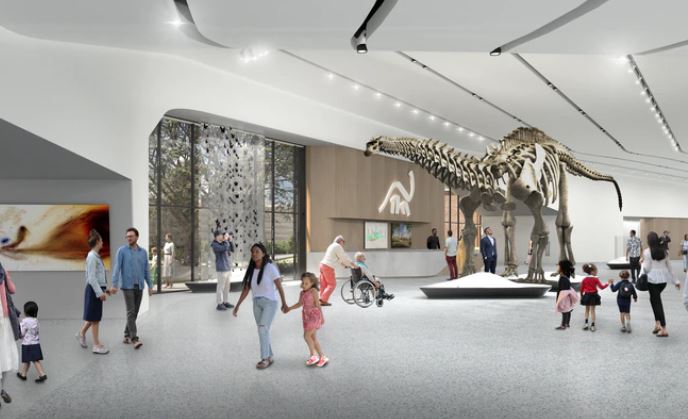 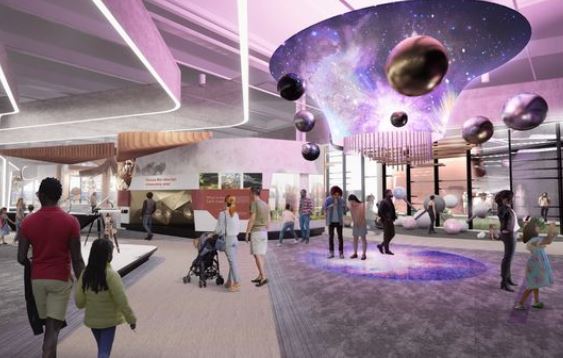 Click here to check out a cool project video, produced by the museum’s architectural firm
(scroll down on the page to watch the video).

As the 100-year-old Cleveland Museum of Natural History (CMNH) embarks on an ambitious, 10-year, $150 million expansion and renovation plan, Harrington Electric is playing an integral role in the initial phase of the project, which involves technology cabling for a newly constructed, 50,000 square-foot Visitor’s Hall.

Beginning in March of this year, Harrington began work on several key facets of the project, including planning and installing low voltage technology, voice data and audio-visual systems linked to teledata closets that are built on a copper and fiber network to support the technology behind the hall’s myriad speakers, projectors, and microphones.

On the security front, the Harrington crew – led by project manager John Costella – has been busy installing more than 100 cameras and building the backbone for the museum’s CCTV monitoring system. The crew is also in charge of the project’s highly sophisticated access control, card reader, door contacts and intrusion systems.

Harrington’s work will provide the state-of-the-art technology behind the museum’s many displays, classrooms and interactive visitor experiences, while vastly improving a security structure that is “leaps and bounds over the existing system,” according to Costella.

Interestingly, the museum is staying open while the construction project is underway, which Costella says has been rather fascinating. “We’re working in highly sensitive areas that sometimes contain valuable displays and priceless pieces,” he notes. “Everyone on the project gets a daily reminder from the construction crew to be mindful of where they’re working and to enjoy what the museum has to offer during off-work hours.”

The CMNH project builds on a growing cadre of client work that Harrington Electric has performed in the University Circle area – an impressive list that, among others, includes projects at the Western Reserve Historical Society, Case Western Reserve University, and the Louis Stokes Cleveland VA Medical Center.

“The Cleveland Museum of Natural History—now celebrating its 100th anniversary—holds more than five million artifacts and specimens, and stewards more than 11,000 acres of nature preserves. It is one of the country’s leading research institutions across diverse fields, with premier collections ranging from the evidence of human origins to ancient ecosystems during catastrophic extinction events.”